Baku, the capital and largest city of Azerbaijan, as well as the largest city on the Caspian Sea has become a growing and much sought after tourism destination. While visitors flock to Baku from all the world, it is particularly popular among visitors from the Middle East. The Inner City of Baku, along with the Shirvanshah's Palace and Maiden Tower, were inscribed as a UNESCO World Heritage Site in 2000 and according to the Lonely Planet's ranking, Baku is also among the world's top ten destinations for urban nightlife. The city is the scientific, cultural, and industrial center of Azerbaijan. Many sizeable Azerbaijani institutions have their headquarters there. Meirc Training and Consulting chooses Baku to conduct some of its flagship courses, on which you can get more details in the section below or by contacting us. 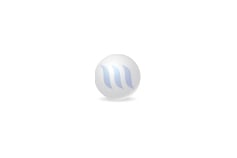 Managing Self and Leading Others