In the field of project management, many researchers have highlighted the existing interrelationships between an individual’s personal traits, situational factors, and their impact on shaping the individual’s propensity for risk. However, there persists a gap in the knowledge, and a number of researchers have emphasized the need for more research to be conducted on risk propensity determinants, and more specifically on investigating general and domain-specific risk propensities. In addition, some scholars view risk propensity as a dispositional characteristic that is unchanging over all situations, and which is an inborn trait that is stable over time, while others view risk propensity as a trait that can change depending on the situation. Since project managers are the most important individuals involved in managing project risks, their risk propensity dramatically influences many of their decisions in different project domains. Surprisingly, few researchers have attempted to understand the link between individuals’ tendency to take risky decisions, their personality characteristics and situational risk behaviors.

The research considered the project manager as a unit of measurement when analyzing risk propensity. Only seven project domains such as scope, time and cost, which are influenced by project managers’ risk propensity, were considered. Dependency structural network analyses were performed to investigate the interdependencies between project managers’ personality traits and the different project domains. Finally, the collected research data were analyzed using a visualization network software. The research conceptual framework is displayed in figure 1. 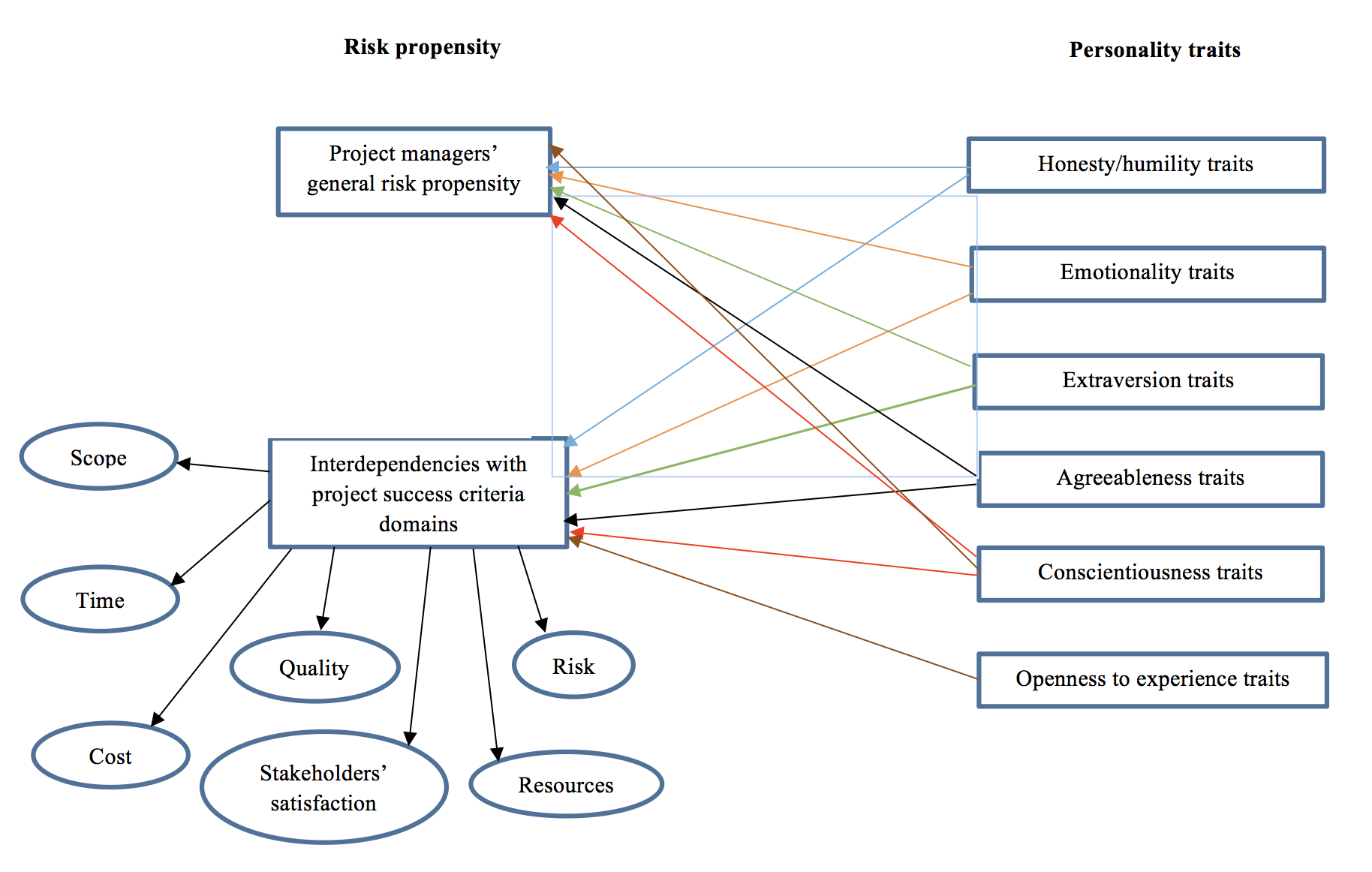 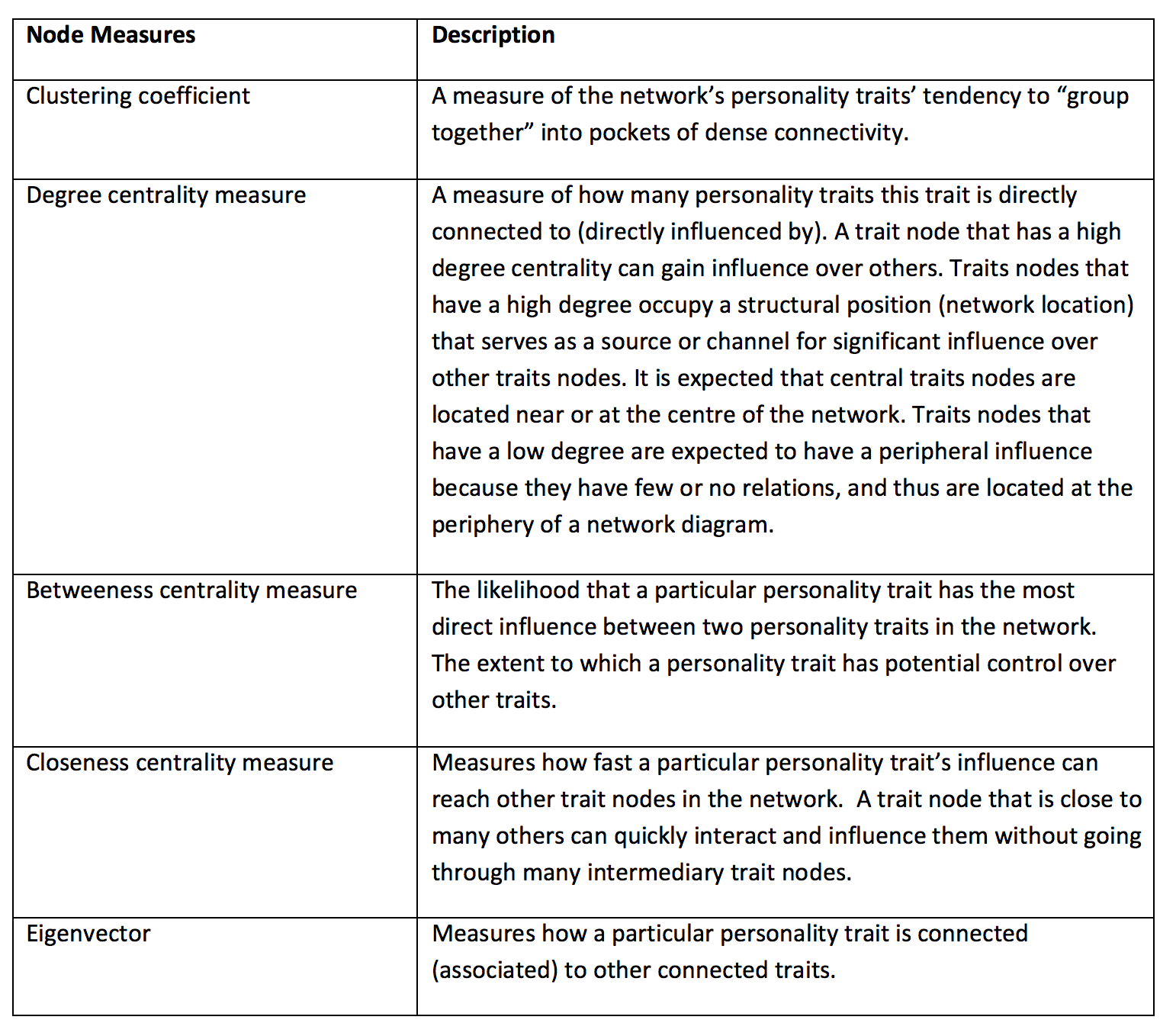 Eight networks, each representing a project domain, were generated: scope, time, cost, quality, resources, risk, stakeholder satisfaction and general risk propensity. Each ego network, as illustrated by our visualization software, shows the number of immediate neighbour connections each node has (the network’s degree centrality) and the size of the nodes based on the lines feeding into them as well as the lines coming out of them (the level of total degrees of the nodes). Table 2 ranks and summarizes the most important five personality traits (1 being the most important) related to project managers’ risk propensity in different project domains based on centrality measures rankings.

We can see that the five personality traits which have the highest influence on each of the researched project domain networks are almost the same for all of the domains. Among these five high influence traits, two ranked clearly higher that the rest in terms of their overall influence on project success, and they are: sincerity and fairness.

Below is a discussion of the network analysis results related to the three most common project domains (also known as “triple constraints”): scope, time and cost. 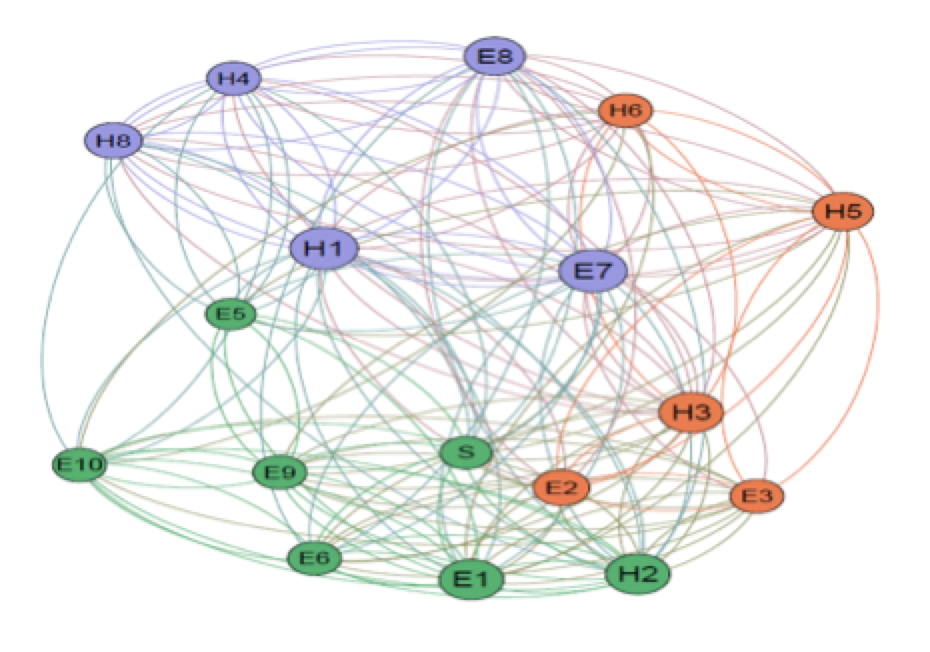 Two traits have the highest centrality measures values of degree, closeness, betweeness and eigenvector: E7-self-consciousness (related to the emotionality cluster) and H1-sincerity (related to the honesty/humility cluster). In our research project’s context, these two traits can be described as follows:

The high centrality measures of the E7-self-consciousness and H1-sincerity traits indicate their strong influence over other project managers’ traits within the scope ego. These two traits have the highest relations with other traits, have potential control over them and their influence can quickly reach other traits within the network. The relationship between these two traits can be interpreted as meaning that project managers with high sincerity and high self-consciousness will take less risky decisions related to the scope of projects. These project managers would become too anxious when making risky decisions because they genuinely want to please others and at the same time cannot be insincere when making and presenting their decisions. 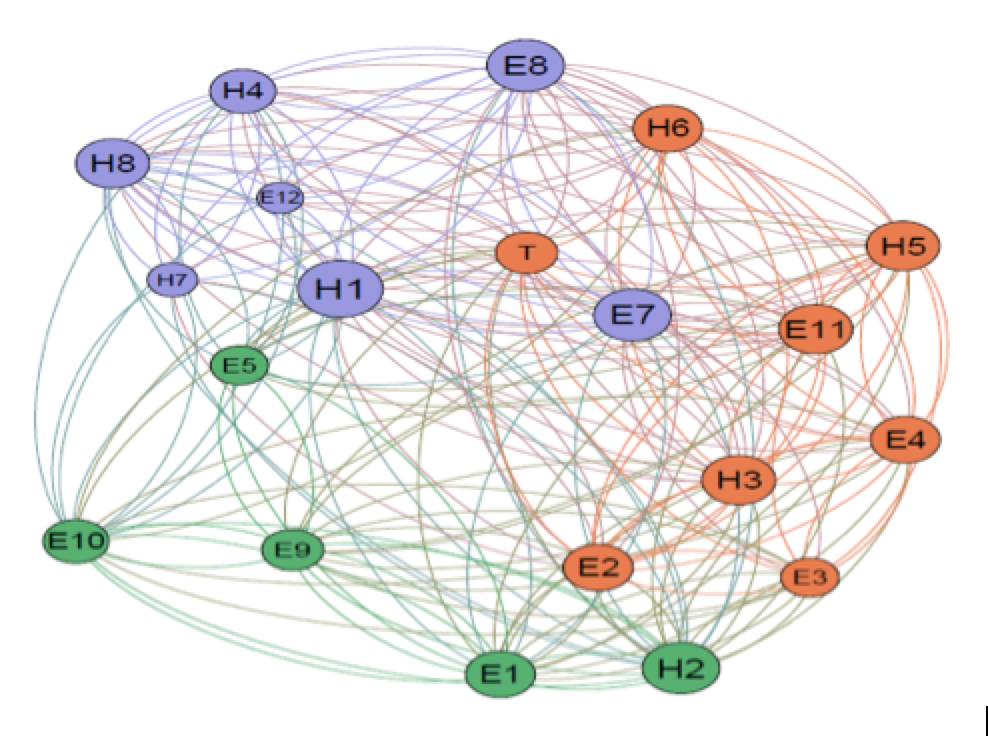 The H1-sincerity trait has the highest centrality measures values of degree, closeness, betweeness and eigenvector. The other three traits that rank high are: E8-impulse control, E7-self-consciousness and H2-fairness. This means that project managers with high sincerity, impulse control, self-consciousness and who are fair tend to take less risky decisions impacting the time accuracy of projects, keeping in mind that the high ranking for the sincerity trait will make it the most critical trait to have. The interpretation of the rankings indicates that while such individuals genuinely want to be liked (self-conscious), they will not make false promises (sincere), and will follow set guidelines (fair) in order to think deeply (impulse control) about the decisions they take if these decisions might impact the time project domain. 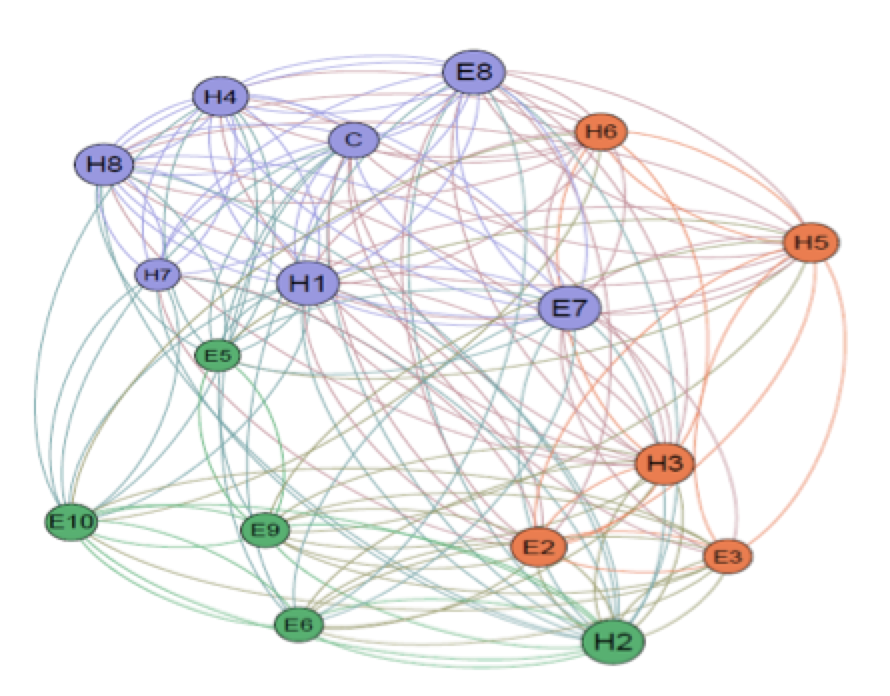 Four traits have the highest centrality measures values and they are: E8- Impulse control, E7-self-consciousness, H1-sincerity and H2-fairness. The relationship between these four traits can be interpreted in the same way as for the time ego network, but here, all four traits have roughly the same importance. Which means that as far as costs are concerned, the three traits of impulse control, self-consciousness and fairness are as important as the sincerity trait.

While this article describes in some detail three of the nine ego networks included in the research, somewhat similar results were also displayed by the other ego networks in our research project, and we can therefore conclude that: