Humility: The Catalyst to Extraordinary Leadership 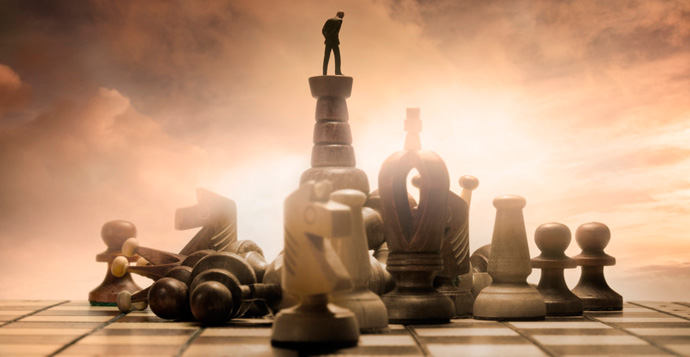 Mention humility and our minds conjure up imagery of religious figures, and self-effacing individuals in modest attires, who are non-confrontational, subdued and accommodating in their behavior. It is a trait or a human value, albeit some believe it is not, that we rarely associate with business leadership. In reality, it seems to flow against the mainstream of what we perceive as key characteristics of successful business leaders and managers.

It is an unfair categorization of a human value that is highly admired when present in great leaders, but gets overlooked when searching for one. Humility itself could be contributing to this as it tends to take on a back seat role; similar to the pit crew who we hardly remember in comparison to the formula one champion they support. Definitions of humility do not help either. Almost all dictionaries define humility as modesty, meekness, timidity, self-abasement, obedience, humbleness, lowliness, etc.  Another important element is the pull down sensation we feel whenever humility is discussed; it tends to keep our feet on the ground in contrast to inspiring visions, business dreams and initiatives that trumpet upcoming events, initiatives or challenges which charge our emotions, and lift us off the ground.

By virtue of its makeup, the market has zero tolerance for modest results, humble objectives, and subdued profit margins. Consequently, and by association, humility is often disregarded and neglected as a leadership characteristic. As someone with a keen interest in leadership and management, I often look for shifts in this field. A major shift that is gaining support and acceptance is the reintroduction of humility back to the boardroom and to the workplace. Many business thinkers, authors, writers and bloggers alike are stressing the role that humility could play as a “conduit” to extraordinary leadership and exceptional business results.

Several factors are driving this change in attitude toward humility as a leadership trait. However, none is as compelling as the 2008-2009 financial crisis, which caused one of the worst global recessions in recent economic history. The implications and amount of reforms the crisis brought about are unmatched to anything we’ve seen in the past, raising serious questions around the type of leadership that led to its occurrence. Despite rigorous business measures that had been introduced to flag economic meltdowns, the financial crisis still happened, thus seriously questioning the leadership of those executives whose unbridled financial tactics, ambitions and decisions managed to rock the financial world at its deepest foundations. Most probably humility was sidelined when they failed to question their decisions and actions, and they were so self-indulged they couldn’t see clearly the possible outcomes of those actions. 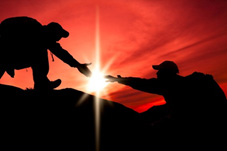 When leadership fails, crises occur. When collective leadership fails, global crises are most probably what we get. Over the past few decades shifts in leadership ethos have been taking place. With every shift markets have been put to the test in one shape or another. The leaders I reference in this article belong to different eras including the recent past. The companies, organizations, governments and institutions those leaders led, built, transformed or salvaged are still icons in their own right today. Of course, the values those leaders believed in still rank highly with today’s leadership thinking, with the exception that then there was a stronger appreciation of humility than we have today. Unfortunately, yester years’ appreciation of humility has rapidly given in to values of “self-exposure and self-love”, as David Brook termed it. In his article ‘High-Five Nation’, he describes today’s leadership as winning shares in the competition for attention where immodesty “is as ubiquitous as advertising.

Sam Walton, best known for founding Walmart and Sam's Club, two giants in the retail industry, enjoyed a leadership style that was well rooted in humility and modesty. Yet, he was a trend setter when it came to providing consumers with a new shopping experience. Don Soderquist, retired senior vice chairman of the board for Wal-Mart, described Mr. Walton in his book, Live Learn Lead to Make a Difference, through a first-hand experience during one of the grand openings where everyone needed to lend a hand to ease the long lines and store traffic: “Sam jumped in and began to bag merchandise. He handed out candy to the kids and did anything he could think of to help the customers feel more comfortable with the long lines . . . Sam was a very humble man, and he taught me a valuable lesson that day. None of us are too good to do the little jobs. In fact, there are no little jobs.” Don Soderquist summed up Sam Walton’s work ethics and humble nature so eloquently when he said: “No matter how large we became, Sam always reminded us that we were no better than anyone else and should never become blinded by our own importance.

We also have Charles Coffin. He was the co-founder and first president of General Electric.  A quick visit to GE’s past leaders’ website and you will find the following interesting words describing Mr. Coffin: “A man born to command, yet who never issued orders," and “customers and competitors knew him as both the outstanding statesman and the outstanding salesman of the electrical manufacturing industry.” This is quite a testimony to a man who led in what appears to be a very unconventional way: “Leading without issuing orders”, an approach that seemed to be ahead of its time when conventional and traditional top-down leadership was the dominant style. 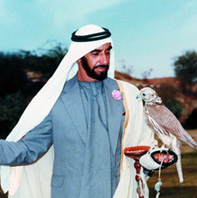 Another extraordinary individual I had the privilege and honor to observe, listen to, read about and benefit directly from, for I lived under his governorship for almost two decades, was the late Shaikh Zayed Bin Sultan Al Nahyan. Father of a nation, ex-president of the United Arab Emirates and ex-ruler of the Emirate of Abu Dhabi, Shaikh Zayed was an extraordinary statesman who managed to leave an indelible and lasting legacy on the UAE and the world alike. He enjoyed a “genuine” humility that is rarely matched. Despite all the powers he enjoyed as president, the authority he could wield, the riches he had at his fingertips, and the accomplishments he achieved, he simply grew more modest with every passing day. He never forgot where he came from, and never felt more important than his people or his peers.

From his early days Shaikh Zayed acquired a very strong appreciation and understanding of moral values upon which he based his relationship with himself, his immediate surroundings and greater community. Values like trust, integrity, respect, tolerance, generosity, courage were regularly observed in his leadership style. However, it was his “genuine” humility that kept things in check, and engraved in his mind and heart the unmistakable reality that leadership was about being selfless. True leaders serve others and they serve them well, and at that Shaikh Zayed excelled. With unrelenting intensity he expended every effort to make the UAE a great nation for its sons and daughters, as well as the expats who made the UAE their second home. Robert Baden-Powell, founder of the Scouts Movement, expressed it so well when he said: “The most worth-while thing is to try to put happiness into the lives of others. 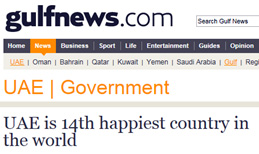 If I were to pull out any survey about the UAE, I am confident that the ratings will impress. From being among the happiest nations, to leading the region in growth, infrastructure, ease of doing business, etc. none would have happened if it wasn’t for this nations’ leadership. So, can we apply humility the way Shaikh Zayed Bin Sultan Al Nahyan, Sam Walton, Charles Coffin and other captivating leaders applied it to excel in the art of extraordinary leadership? Is there a way to adopt humility without jeopardizing other key leadership traits? Well, if we could duplicate “genuine” humility and fuse it with unwavering resolve, we should witness a marked leap on all fronts. The question here is how to make “genuine” humility a valuable business and leadership trait again.

Many of the participants on Meirc workshops question whether leadership could be taught; my answer is always a resounding “Yes”. However, similar to a native language versus an acquired one, certain leadership traits help us perform exceptionally well if they are innate to us, while others can be acquired, and successfully adopted through experience, well-structured programs, qualified coaches or seasoned mentors.  Humility is one of those traits that are appreciated in their innate state, otherwise it is simply pretentious, and our senses are well tuned to detect it. Humility can be taught, but most of the learning kicks in when dealing with real and sometimes life changing experiences which we undergo throughout a life time. Such experiences impact the core fabric of our personality and eventually our behavior toward self, situations and others. This is where the dilemma resides: we could fake certain aspects of our human behavior, but not genuine humility for it works from the inside out. So, how can leaders introduce themselves to genuine humility? Recommendations vary; this four-pronged approach is a great way to start on this unraveling journey:

Genuine humility is a catalyst to extraordinary leadership, and eventually exceptional results. When we apply it correctly, we develop a balanced view instrumental to fostering trust, clarity of thought and better focus on priorities. It also provides an opportunity for introspection, self-improvement, and developing others through inspiring coaching and mentoring, which are a direct consequence of exceptional leadership that humility propels.

Jamal A. Said is a Senior Consultant for Meirc Training & Consulting. He is a subject matter expert on leadership, management, change management, sales, operations, strategy and business planning.