The Momentous Nature of Courage

“I learned that courage was not the absence of fear, but the triumph over it. The brave man is not he who does not feel afraid, but he who conquers that fear.” Nelson Mandela

On December 5 2013, Nelson Mandela, anti-apartheid activist and leader passed away at the age of 95. People around the world mourned his death, and at the same time celebrated his life, his courage, his ideals and his achievements. 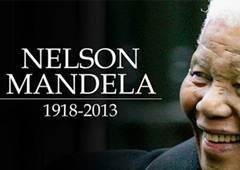 As the first, post-apartheid democratically elected South African president, Mr. Mandela faced some of the most challenging and charged conditions a country could confront. Yet, because of his wisdom, his value system, and the decisive and courageous decisions he took, Mr. Mandela managed to steer his country away from absolute anarchy and a destructive civil war to leave behind a wonderful and long lasting legacy of humanity, humility, tolerance, hope, reconciliation, and a forward looking rainbow nation for all South Africans to enjoy.

The magnitude of Mandela’s decisions, and the conditions under which they were taken, may not have a parallel in the business world. However, this does not detract from the fact there are many courageous corporate and business leaders who face demanding and formidable business challenges on a daily basis. Such challenges still demand from them the unwavering courage and decision making acumen to ensure the success and growth of the business they lead in an ever changing and riskier environment.

Business leaders regularly find themselves battling difficult decisions and complex situations on issues related to changes within their organizations. Challenges of globalization, shifting consumer demands and customer satisfaction, retention or attrition of talent, market trends and uncertainties, government regulations, shifting technological landscapes, and boards of directors and stakeholders with ever increasing expectations are some of these challenges. Only a few leaders manage to successfully negotiate their way through these terrains and propel their organizations toward greatness while leaving an enduring legacy on the company’s future and success for years to come.

Why those few select leaders and not the rest boils down to one key human attribute. We call it courage. However, it is not the impulsive courage that heroes are well known for. Without a doubt that is a very admirable trait, and bless those who have it. I am referring to a different classification of courage; that which many world and business leaders, past and present, possess or exhibit when it comes to doing what is right when everything around them is far from simply black or white. It is courage a la Mandela style!

In his article “The 10 Greatest CEOs of All Times…” Jim Collins, author of Good to Great and co-author of Built to Last, highlights the tremendous courage that some of those CEOs exhibited when standing for what they believed in, against what clearly were insurmountable opposing forces.

In 1949, David Packard, co-founder of Hewlett Packard (HP) asserted during a meeting with his business team that “A company has a greater responsibility than making money for its stockholders. We have a responsibility to our employees to recognize their dignity as human beings." The likelihood of hearing today’s CEOs so boldly state such statements and opinions is a rarity. At least, there aren’t many who would venture into such sensitive territories. However, it is those same bold actions and decisions that kept HP an iconic market leader for many decades.

In 1953, Bill Allen saw in Boeing a lot more than just a manufacturer of fighter jets. He saw the future of Boeing in commercial aircrafts. Boeing today is the result of a courageous decision Bill Allen took to pursue a vision very few saw. His vision resulted in Boeing producing some of the most successful commercial aircrafts which until today are rolling off production lines. His courage helped him see things a lot clearer into a future he believed Boeing should take a leading role in.

In 1979, James Burke, former CEO of Johnson & Johnson, pulled his executive team into the meeting room, and pointed at the J&J credo, which was written 36 years earlier by R.W. Johnson Jr., and said: "We hold these truths to be self-evident of the Johnson & Johnson Co., among them a higher duty to mothers and all others who use our products." James Burke had the courage to stand up for “responsible” capitalism, which he demonstrated so fearlessly during the 1982 Tylenol cyanide-poisoning crisis. The Johnson & Johnson team did not need to debate how to handle that crisis, for the decision was made three years prior to that when they reaffirmed their trust in the J&J credo. The contaminated capsules were swiftly pulled off the shelves. Johnson & Johnson suffered a financial hit in the short-run, but in the long-run they managed to salvage what is really important and that is the consumer confidence in the company’s products. 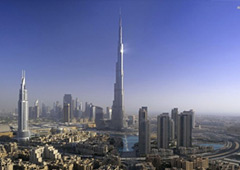 Referencing a story that I personally lived through, in May 1992, my family and I settled in Dubai. At that time, little did we think that Dubai will transform itself to the beautiful city it is today. Throughout 2001/2002 I used to take my family to visit Emirates Towers as they were the original attractions on Shaikh Zayed Road. In the lobby of one of the towers, a huge model of what Dubai would be like in coming years was put on display for visitors to see. The model showcased hundreds of small towers and different projects across the miniaturized landscape of Dubai. We used to wonder how real that vision could be. For us, as well as for multitude of viewers, citizens and expats, who saw that model, the whole thing was looked at with skepticism more than anything else. Little did we know how behind that glimpse into the future, Shaikh Mohammed Bin Rashid had taken some very courageous decisions and calculated risks to launch Dubai, the country and the region into an unprecedented journey toward unchartered territories only a truly courageous leader could do. And the timing of Shaikh Mohammed’s drive toward transforming Dubai could not have been any better. Any delay and things most probably could have turned out a lot different: making decisions at the right time and place. This is one of the attributes of courageous leadership. Aristotle summed it up so eloquently when he said “Courage is the first of human qualities because it is the quality which guarantees the others.” Leadership without courage loses potency, decisiveness, imagination and inspiration.

Can courageous leadership be taught or coached? Is it a skill that can be acquired? Conventional thinking may not be very supportive of such an approach. Contemporary schools of thought, on the other hand, believe otherwise. I tend to agree with the latter. Based on literature I read, my own experience in the corporate world through the positions I assumed, and the professionals I worked with, followed and observed I am a firm believer that courageous leadership is a skill that can be discovered and nurtured.

How can such a skill be developed? As is the case with any new skill there are a number of steps a business leader could follow. The following is what I deem as key steps to help develop the desired courageous leadership style we aspire for:


Today’s business environment is very complex and the expectations from business leaders are not getting any lesser. Regardless, decisions have to be made, and the biggest mistake a business leader would do is practice impulsive courage when making those decisions. Those who decide to follow this approach are actually committing professional suicide. Yes, they will hit the target sometimes, but that is only because they were lucky. Courageous leadership leverages both the business leader and the supporting system in a way that allows a more balanced and predictable approach to the decision making process.

One great human characteristic that set Nelson Mandela apart from other leaders is that despite all the adverse and inhumane conditions he endured, he managed to summon tremendous courage to find forgiveness and march his nation toward a higher purpose and brighter future.

Jamal A. Said is a Management Consultant for Meirc Training & Consulting. He is a subject matter expert on leadership, management, change management, sales, operations, strategy and business planning.