Albert Einstein defined insanity as “doing the same thing over and over again and expecting different results.” And yet we are witnessing more and more organizations doing precisely that! Are they insane, or simply misguided?

We have seen initiatives that ruined a company’s performance when the objective was the complete opposite. Few of the classical initiatives that failed to produce the desired results include the unsuccessful HP-Compaq merger which Carly Fiorina, one of the most powerful women in business then, championed and in the end lost her job as a result of. In the February 2005 issue, Fortune magazine commented: “The HP-Compaq merger was a big bet that didn’t pay off, that didn’t even come close to attaining what Fiorina and HP’s board said was in store. At bottom, they made a huge error in asserting that the merger of two computer operations, HP’s and Compaq’s, would produce a financially fit computer business”. Michael Dell, of Dell Computers called it “the dumbest deal of the decade”.

Another unfortunate example of failed initiatives is how hospitals in the USA have been unable to improve the medical health procedures to avoid mistakes leading to thousands of deaths. In 1999, the Institute of Medicine published the famous "To Err Is Human" report, which dropped a bombshell on the medical community by reporting that up to 98,000 people a year die because of mistakes in hospitals. In the same year, hospitals put initiatives in place to reduce that figure by fifty percent in ten years. However, statistics show that ten years later the figures became worse. In 2010, the Office of Inspector General for Health and Human Services said that bad hospital care in the USA contributed to the deaths of 180,000 patients in Medicare alone in a given year. That would make medical errors the third-leading cause of death in America – behind heart disease (first), and cancer (second).

It goes without saying that no company plans to embark on initiatives that produce negative results. Having said that, the question then becomes: why do such bad initiatives continue to surface? Is it that companies do not know how to select the right initiatives, or is it because those initiatives are not being implemented properly? In short, is it a problem of selection or bad execution? Or is it both? More importantly, are these improvement initiatives linked to the overall strategy of the organization? If so, are these initiatives aligned with the vision and mission of the organization? Are they strategic or simply continuous improvement initiatives? Once these questions are answered, the selection and implementation decisions will follow.

Making decisions is one of the most important tasks for any executive. Jack Welch, former CEO of GE spent six years, five months, and two days before he finally chose his successor, Jeffrey R. Immelt. While making decisions is one of the toughest jobs for executives it is also the riskiest. Bad decisions can damage a business sometimes irreparably. So what makes executives choose the wrong decisions? Put in another way, what are the decision making traps that executives fall into and need to bear in mind prior to finalizing their decisions? The answers to these questions are many, and they include, but are not limited to, the following: 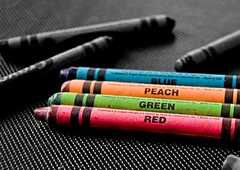 So, is there a foolproof process to guarantee that each selected initiative will lead to positive results? The answer is no. While with hindsight it is always easy to figure out why an initiative failed, the trick is to do our homework before we begin, and there are several tools that can be employed at this early stage. Examples of such tools include:

Decision Matrix: The Decision Matrix has many alternative names among which are: decision grid, selection matrix or grid, problem matrix, solution matrix, criteria rating form, and criteria-based matrix. The decision matrix helps executives evaluate and prioritize available options based on a list of weighted criteria.

Plus-Minus-Interesting (PMI) tool, developed by Dr. Edward de Bono: PMI helps us make decisions quickly by weighing the pros and cons of a decision. It's also useful for widening our understanding of a situation or decision, and for uncovering issues that we might not ordinarily have considered. PMI is particularly helpful when we have decision makers who strongly favor a particular idea, point of view or plan. The tool encourages everyone to consider other perspectives, and it can help the group reach a balanced, informed decision (or at least see an issue from someone else's point of view).

Financial Analysis and Capital Budgeting: There are several financial tools that can be used to evaluate initiatives. Organizations use tools such as Average Rate of Return, Payback Period, Net Present Value, or Internal Rate of Return to evaluate the financial gains from an initiative. However, not all initiatives can be financially evaluated at the start given the qualitative dimensions of some decisions. Keep in mind that: “Not everything that can be counted counts, and not everything that counts can be counted”. As such, after completing their homework using multiple tools, executives still need to make their final decisions based on their knowledge and wisdom as well.

After spending a quarter of a century in consulting and training assignments, I still wonder and often get surprised by how many executives approach decision making in a way that is neither logical nor analytical. Many still do not evaluate multiple options prior to choosing the right initiatives. Also, while some executives solicit views from other parties prior to making their decisions, they unfortunately use this process to prove to others they were open to suggestions when the decisions were taken. Executives need to evaluate and choose the right options and not select the ones based on personal preference. They need to be open to ideas and feedback to ensure thoroughness and gain the commitment of those who will eventually implement the initiatives. On the other hand, some executives unfortunately delegate the decision to the “experts”. While it is easy to ask experts for their opinion because it gives us a sense of safety in doing so, going along with the experts’ advice without examining the advice thoroughly can sometimes lead to unfortunate results. 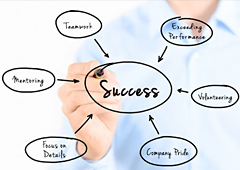 Once the right decisions are taken, they need to be implemented well. The implementation is a critical dimension that needs to be taken into serious consideration. Tools such as Project and Risk Management, Performance Management, and Key Performance Indicators (KPIs) can assist executives ensure the right initiatives are being executed properly. Technology can be of help at this front – there are many Project Management tools available in the market. Using them right will help in executing the selected initiatives. Lastly, it is imperative to track how the initiatives are being implemented. The two most important KPIs here will be the Cost and Schedule variance indicators, which need to be tracked throughout the implementation period to ensure compliance and to take corrective action in the event initiatives are not being implemented as planned. The above KPIs can be measured using the “Earned Value Management” (EVM) method as follows:

Schedule Performance Index (SPI) and Cost Performance Index (CPI). SPI and CPI indices can also be used to project the initiative schedule and cost final performance. In summary, initiatives can make or break a company. Every success, failure, opportunity grabbed or missed is the result of a decision someone made. If executives are able to select the right initiatives and implement them right, their companies will flourish enabling them to acquire new competitive advantages.

Selecting and executing the right initiatives to improve a company’s performance is neither magical nor mysterious. Following the above basic recommendations and avoiding the traps will certainly help.
Chaouki Eid, Deputy Managing Director, Meirc Training & Consulting. Chaouki is a subject matter expert on strategy, project management, supply chain management, maintenance planning and management.