2016 is proving to be the hottest year on record. As a citizen of this wonderful planet, I take a keen interest in climate change. My concern is not personal, but more about the environmental inheritance we are leaving for future generations. While climate change is a priority topic for me, I fully understand why others may not consider it so. In light of this, I am very wary of the temptation to preach the ills of global warming and other related matters. As a matter of fact I am the first to acknowledge that my personal and business lifestyles are not well tuned with the environment.

However, if my personal and business lifestyles were actually environmentally friendly, how much of a difference would I be making toward reversing the process of global warming? The honest answer is very little if not negligible. Honesty hurts, but saying it as it is the fastest road to start fixing a problem. In the case of climate change we have a very awkward, extremely complicated, volatile, and unbelievably challenging situation, yet one that is not impossible to solve. So, if you happen to lead a healthy and environmentally friendly lifestyle, keep doing that. Don’t stop! First, it is a fantastic conscience-clearing effort. Second, a mind with a clear conscience is much more productive when thinking of solutions to problems or to the environmental dilemma we are facing. Third, your green and friendly lifestyle might be fertile ground for many creative, practical and well-tested ideas that you may want to share with others to help improve things within your direct circle of influence, and possibly on a wider scale. So, hang in there! We are not done yet. 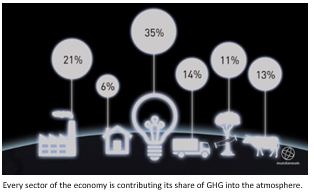 On 7-8 December 2015 COP21 (Conference of Parties) took place in Paris, France. The conference is the United Nations Framework Convention on Climate Change (UNFCCC) where international environmental agreements on climate change are discussed and drawn. One of the key strategic goals of COP21 was to effectively set in motion the limitation of global warming to 2 ℃ (degrees centigrade) between NOW and 2100. Global warming of more than 2 ℃ would have serious and very possibly irreversible environmental consequences. According to the International Panel on Climate Change (IPCC) “Global Greenhouse Gas (GHG) emissions need to be reduced by 40-70% by 2050 and carbon neutrality (zero emissions) needs to be reached by the end of the century at the latest.”

On 4-5 September 2016 the United States of America and China formally joined the Paris Climate Change Agreement, when both ratified the outcomes of COP21 during the G20 summit in Hangzhou, China. They are the two largest economies in the world, and they represent 40% of global emissions of GHG. 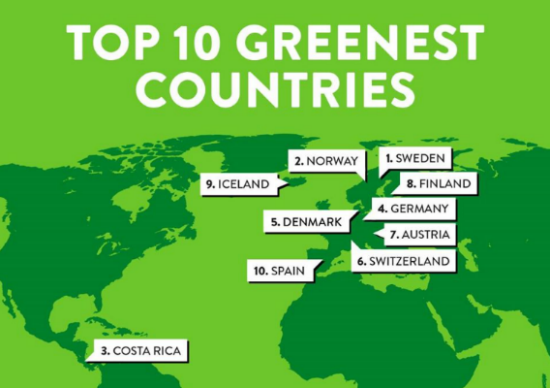 Over the past two decades countries like Sweden, Costa Rica, and Germany have been leading the drive toward sustainable and green economies. They managed to achieve some impressive results toward reducing GHG emissions. Such efforts, unfortunately, will always have little impact, unless every country or nation, particularly the big economic players, get on board the environmentally friendly bullet train. With the United States and China on board, the business and economic scenarios are expected to drastically change. Adherence to environmental policies and targets will become more stringent, and penalties for non-conforming countries and their governments will become more austere.

Ratification of the COP21 agreement by more than 190 nations strengthens, in an unprecedented fashion, the environmental collaboration between the three main segments of an economy: The consumer (or the citizen), the government, and the business community (i.e. major corporations to medium and small size businesses across all industrial sectors). Whether we are talking local or global economies, what ideally should have happened at the dawn of the first industrial revolution is finally materializing, but with more urgency, haste, and pain. 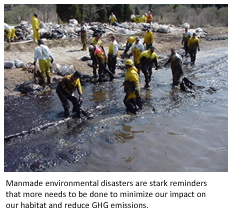 Looking in the rearview mirror, environmental collaboration between consumers, business communities and governments regrettably rarely worked. Despite some brave attempts by all three, such collaborations have been fraught with failures, corruption, law suits, finger pointing, deception and intentional or unintentional naivety on everybody’s part. Now that we know our own precarious existence is at stake, collaborative efforts around environmental and sustainable initiatives are exhibiting some encouraging signs, but nothing close to tip the scale away from the 2 ℃ danger zone.

Since consumerism became main stream in the early 1920s, governments and their sub-entities (i.e. local provinces, states, cities, agencies, municipalities, etc.) have been on the front line when it came to dealing with the obvious and hidden environmental concerns resulting from the products and services we consume. In some cases, very courageous individuals, communities, and powerful investigative journalism and reporting took on the responsibility of bringing such issues to governments’ and public’s attention with varied degrees of success.

Be it electricity, cars, tooth paste, a smartphone app, a plastic bag or healthcare services, every product or service entering the market has its own environmental footprint. Generally speaking, governments, especially those of “advanced economies” try to regulate the environmental impact and public safety of such products and services. Certain regulations were enacted over a number of decades in the form of environmental and consumer protection laws in an attempt to control environmental degradation and public health safety concerns. Such laws are normally applauded by consumers residing within those advanced economies. However, as we clearly notice today, local or national laws have minimal influence on the rest of world, especially on emerging economies (e.g. BRICS: Brazil, Russia, India, China and South Africa). Over the past two decades emerging economies engaged in an unprecedented drive for economic growth with little “adherence” or “regard” to local or international environmental regulations or laws. For those economies the environmental footprint was of lesser concern as compared to the economic benefits and growth they voraciously pursued.

Three questions come to mind whenever the 2 ℃ Dilemma is discussed: 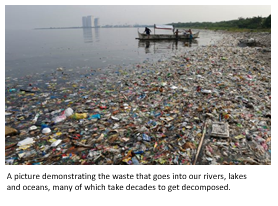 As a consumer, my impact on the environment is negligible compared to the size of planet Earth. When my consumption is multiplied by billions of other consumers, the story changes completely. Take Sodium Lauryl Sulfate (commonly known as SLS) for example; SLS is a widely used and inexpensive chemical found mostly in mainstream personal hygiene products such as shampoos, toothpastes, mouthwashes, soaps, detergents and body wash. Nature is quite efficient when it comes to breaking down SLS and other similar chemicals into more organic components that can be re-absorbed and naturally recycled back into the environment. When we, as consumers, inject, on a daily basis, billions of liters of SLS-based liquids, along with billions of plastic containers, into our landfills, rivers and oceans, nature stalls and the breaking down and recycling processes get choked. We are simply dumping into nature a lot more than nature can “handle”. The same applies to GHG, the main cause behind global warming, in addition to hundreds of thousands of harmful chemicals and gases that are more dangerous than SLS and yet end up polluting our environment.

The above reality merits a consumer pause, and some introspection into our consumption habits. We are definitely living in what I term the “Age of Plenty”. This does not and should not translate to taking nature and the environment for granted. If I, as a consumer, would like to continue relishing this Age of Plenty, I need to start changing some of my habits in order to help build a more sustainable and greener environment. Changing some of my habits may involve:

From a government perspective, there are many green initiatives capable of delivering impressive results over a relatively short period of time. Such initiatives include alternative transportation, more recycling, green buildings, landfills and mining pits rehabilitation, etc. The government can play many influential roles to accelerate the drive behind a sustainable and CO2 neutral environment, while driving a green agenda across all three segments of the economy. I summarize these government roles as follows: Expertise, Leadership, Enforcement, Facilitation, and Promotion.

From a business community perspective, a lot can be done as well. As a matter of fact, this is the economic segment that, until very recently, had not embraced climate change as seriously as governments and consumers or, have approached the whole climate issue with skepticism or lack of interest. Still, I can think of a few reasons businesses distance themselves from an environmental agenda: 1. Profitability, 2. Cost, 3. Practicality, and 4. Uncertainty behind the story of climate change.

Adopting a green agenda is not rocket science. Here are some pointers for the business community to consider as they start or re-evaluate their transition toward an environmentally, CO2 neutral business operation:

What concerns me as a global citizen is not the lack of interest or indifference toward environmental issues, but the skepticism about the validity of the challenges surrounding climate change. Even worse is the two-pronged approach toward the environment as a whole. In a recent report, some of the most admired and leading US corporations, with a market value that can easily outmatch the GDP of many sovereign nations, were touting climate policies, while at the same time funding climate skeptics with unbelievably huge sums of money . I am confident the leadership at those leading corporations has many questions to ask, and I have full faith that some serious actions will be taken to review the due diligence behind such activities.

Everything is out there, and sooner or later information about lack of compliance or questionable activities that harm the environment will eventually come out; just like the story of VW and their admittance to deliberately bypassing U.S. EPA’s (Environmental Protection Agency) pollution standards. (You can read more about this story by clicking on the link).

COP22 is coming up very soon, right at the heels of COP21. It will take place in Marrakech (November 17-18, 2016). One can’t help but feel the urgency created by the momentum resulting from US’s and China’s ratification of COP21. Thus, actions, directives, provisions, proposals, guidelines, targets, etc. will be issued and many of those will affect all three segments of the economy of every nation involved. From a consumer perspective, engagement is a must. From a government perspective, leadership is paramount. From the business community perspective, innovation, creativity and ownership are without a doubt the ingredients needed to accelerate our recipe of recovery toward a more sustainable and CO2 neutral global environment. 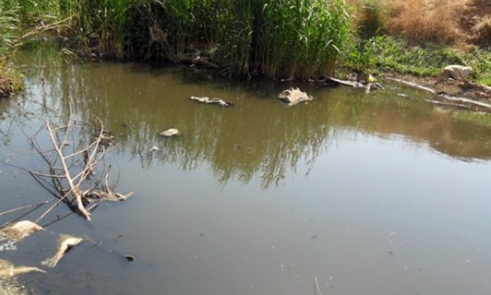 During my last visit to Lebanon, I went to a small village in the Beqaa Valley to visit a friend. The village sits on the banks of one of the tributaries of the Litani River. As we talked, my friend commented on the fact that many people in his village are dying of cancer. He attributed this fact to the high pollution level of the Litani River. Then he said that over a period of thirty to forty years a river where people used to spend their pastime, swim in, bathe in, even wash their clothes in have turned into a health and environmental hazard that is adversely affecting the lives of those living around it. It will take time to change things. We cannot expect overnight successes to climate change and reducing GHG emissions. The same story gets repeated everywhere across the world. What was done over a period of 30-40 years, will take time to be undone.

Nonetheless, only by working together would the 2 ℃ dilemma be turned around to become a wonder of human ingenuity and will power.